New fluorescent tools to evaluate the therapeutic potential of phytocannabinoids

Transform your idea in to molecules 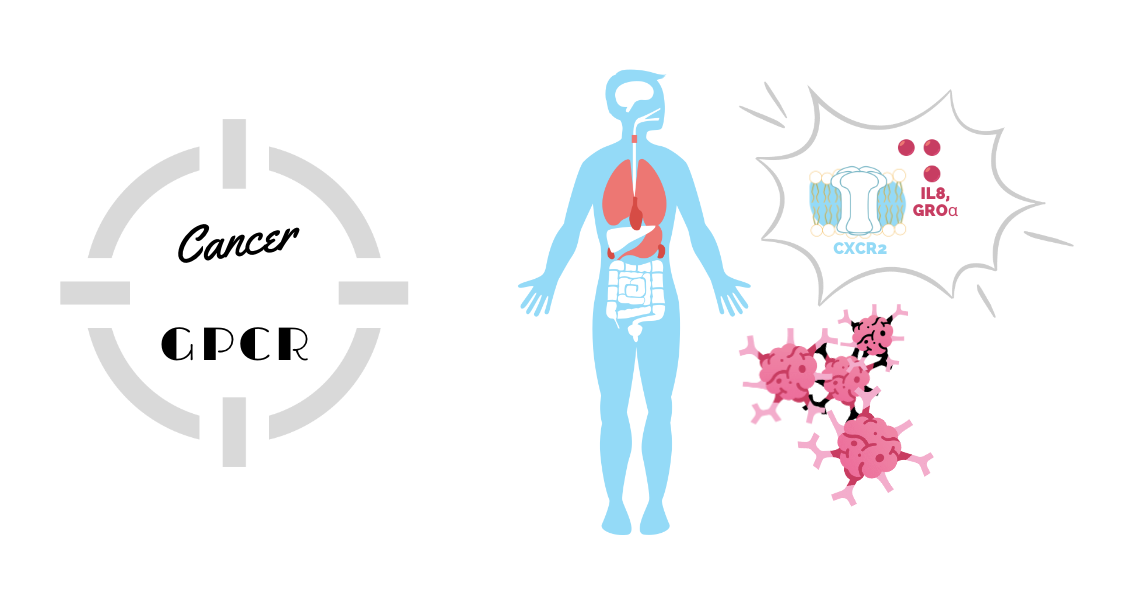 Malignant cells often hijack the normal physiological functions of GPCRs to survive, proliferate autonomously, evade the immune system, increase their blood supply, invade their surrounding tissues and disseminate to other organs. Recent research pursued by The Cancer Genome Atlas (TCGA) project (https://cancergenome.nih.gov), revealed that mutations in GPCRs and G proteins are a widespread and frequent event in multiple tumour types.

Despite the growing appreciation of the role(s) that GPCRs play in cancer pathogenesis, very few GPCRs have been effectively exploited in pursuit of anti-cancer therapies. Thus, the therapeutic potential of GPCRs for cancer is far from exhausted and there are several examples of GPCR subfamilies emerging as novel, attractive targets for therapeutic strategies of various cancers.

In this article we will explore the most recent advances in GPCR and cancer, mainly focusing attention on the groups of Chemokine, Protease-activated, Smoothened (SMO), β-adrenergic (β-AR) and muscarinic acetylcholine receptors.

This family of low molecular cytokines was originally described for their ability to regulate the migration of leukocytes to sites of inflammation and the trafficking of haematopoietic stem cells, lymphocytes and dendritic cells. More recent studies have shown a high correlation between chemokine receptors expression, angiogenesis and cancer metastasis.  Indeed, one of the first described angiogenic chemokine, CXCL8/IL-8, which binds to CXCR1 and CXCR2 (2), demonstrated to be secreted by a variety of normal and tumour cells exposed to pro-inflammatory cytokines like IL-1 and TNF-α (3). Furthermore, CXCR2 was associated to multiple signalling pathways involved in tumorigenesis, angiogenesis, proliferation and metastasis in several malignancies, including melanoma (4), lung (5), pancreatic (6), gastric (7), and ovarian (8).

In order to avoid using isotopic approaches and guarantee high-throughput performance,  L.Toy et all. in their recent work (8), have developed new fluorescent ligands for NanoBRET-based assay, specifically designed for targeting the intracellular allosteric binding site (IABS) of the CC chemokine receptor2 (CCR2). These new fluorescent probes demonstrated high selectivity for CCR2 but not for the closely related CCR1 and CCR5, revealing a very fast association of the ligand−receptor complex by exhibiting a rate constant of kon= 6.00 ± 0.39 × 10 6 M−1min−1 (9).

Fig.n.1: Structure of Nluc-Labeled Chemokine Receptor used to study the intracellular allosteric binding site of the ChemokineReceptorCCR2. Chemical structures of the CCR2 receptor, CCR2 ligand and TAMRA fluorophore. Image extracted from the paper of T.Lora et all. (9).

This subfamily of GPCRs, activated by proteolytic cleavage mechanism, includes four types of PAR receptors (PAR1-4), classified according to the serine proteases that activate them, i.e., thrombin acts on PAR1, 3 and 4 whereas trypsin, and other proteases with trypsin-like specificity such as tryptase, and tissue factor (TF) act on PAR2 (10). Thrombin effects on tumour cells appear to be mostly PAR-mediated. PAR1 is aberrantly expressed in a variety of tumour types including breast, lung, ovarian, and prostate, and its overexpression correlates directly with greater invasiveness and the development of metastases (11). However, several therapeutic approaches that inhibit the activity of these receptors, have demonstrated positive effects in cancer treatment. For instance, pepducin-mediated blockade of PAR1 in preclinical breast cancer animal models inhibited tumour growth and metastases to the lung (12). Furthermore, siRNA knock-down of PAR1 also resulted in decreased tumour growth and metastases to the lung in a melanoma animal model (13). Hence PARs antagonism has potential as a therapeutic strategy to treat various cancers, but pharmacological intervention has proven extremely challenging. On the other side, PAR2 has demonstrated a higher chance to be a potential new druggable target. PAR2 knock-out mice displayed delayed breast tumour development that resulted in decreased metastases (14), and in agreement with these results, blocking antibodies targeting PAR2 attenuated tumour growth and metastasis in breast xenograft models (15). Although several alternatives, mainly antibodies, are available for PARs characterization studies, there is a paucity in the development of new fluorescent probes with higher affinity.

Thanks to the incredible effort of LeSarge. at all (16), seven novel highly potent and selective PAR2-targeting compounds (EC50 = 10 to 23 nM) were recently generated. More precisely these innovative  Isox- Cha-Chg-AR-NH2 related peptides, present an amine that facilitates the conjugation with a red-shifted fluorescent dye (Sulfo-Cy5, excitation maximum = 646 nm, emission maximum = 662 nm) and were widely validated for in vivo and in vitro experiments (17).

Sonic glycoprotein (SHH) is one of the three GPCR members of the glycoproteins encoded by the Hedgehog (HH) gene family. One of its main activities is to bind and inactivate the twelve transmembrane spanning Patched receptor (PTCH) which in turn relieves PTCH-mediated repression of the Smoothened receptor (SMO), key GPCR mediator of the SHH signalling pathway (16). SMO is an oncoprotein that is one of the key players in the Hedgehog pathway. In tumour regulation, the activation of SMO via inhibition of PTCH leads to activation of the glioma-associated oncogene (Gli) family of zinc finger transcription factors, inducing the transcription of HH target genes (18). Moreover, in addition to tumorigenesis and tumour progression, emergent resistance to targeted therapeutics has also been shown to be influenced by the SHH signalling pathway (19). Understanding the correlation between distinct SMO assembly states and its activity is a fundamental requirement for the definition of the most suitable therapeutic strategies.  GPCRs are proteins featured with characteristic seven α-helical transmembrane domains (TMDs) and N-terminal extracellular domains (ECD) with different sizes and topologies depending on the different classes. Except for class A GPCRs, the recognition of signal and subsequent transduction involves the communication between TMD and ECD (20). For smoothened receptors (SMO), structural studies revealed distinct assemblies under different circumstances. In the elegant work performed by Zaho F. at all., SMO structural rearrangements have been investigated, developing bitopic ligands for multidomain GPCRs to study the spatially close domain−domain interactions. Specifically, they developed four series of pairwise conjugated bitopic ligands, conjugating two segments binding in TMD and ECD (21).

Fig.n.3: Two distinct SMO assemblies. The near (a) and far (b) assemblies are defined by the distance between two binding sites (grey). Image extracted from the paper of Zaho F. at all. (21)

The neurotransmitters adrenaline and noradrenaline act as powerful regulators of numerous cellular and tissue functions and can promote tumour growth and metastases through the β-adrenergic receptors (β-AR) (22). The general pattern of transcriptional responses induced by β-adrenergic signalling includes up-regulated expression of metastasis-associated genes involved in inflammation, angiogenesis, tissue invasion, and epithelial-mesenchymal transition, and down-regulated expression of genes facilitating anti-tumour immune responses. The main β-adrenergic effects on stromal cells in the tumour microenvironment generally synergize with direct effects on tumour cells in promoting cancer survival, growth, and metastatic dissemination (23). It was demonstrated how noradrenaline can stimulate tumour progression in diverse types of malignancies activating β-AR which in turn induces the production of VEGF, interleukin-6 (IL-6) and matrix metalloproteinases (24). In the case of the alfa-1Beta adrenergic receptor when overexpressed in RAT-1 or NIH 3T3 fibroblasts, is possible to observe a direct induction in foci formation in an agonist-dependent manner. These cells have also demonstrated tumorigenic activity when injected into nude mice. Moreover, the oncogenic potential of the alfa-1B adrenergic receptor demonstrates to be enhanced also when a mutation is introduced, rendering the receptor constitutively active (active in the absence of ligand) (25).

At Celtarys we have developed and commercialized new chemical tools for hα1 adrenergic (CELT-130, CELT-133), that allow performing cell visualization in confocal microscopy and high content system experiments as a valid alternative to radioligand binding assays.

On the other side, Muscarinic acetylcholine receptors (mAchRs) on the proliferation of cancer cells is still questioned (24). The muscarinic acetylcholine receptors are a subfamily of G protein-coupled receptors that regulate numerous fundamental functions of the central and peripheral nervous system. There are five different muscarinic receptor subtypes (designated M1R–M5R). More precisely M2 and M4 receptors interact with Gi proteins inhibiting adenylyl cyclase-dependent signalling. On the contrary, M1, M3 and M5 receptors coupled with Gq proteins activate phospholipase C, PKC and induce an increase of intracellular calcium (26). In cancer, these groups of proteins demonstrated different expression trends. In ovarian cancer, the expression of muscarinic receptors was associated with reduced survival (27), while in leukaemia cells their activation resulted in increased intracellular calcium and up-regulation of the oncogene c-fos (28). In breast cancer cells, M1 and M2 receptors were involved in angiogenesis and cell proliferation, whereas M3 receptor was associated only with cell growth (29). Celtarys developed fluorescent ligands for M1 receptor (CELT-195), using industry-leading production and quality control specifications to ensure they are highly validated.

In this context, fluorescent probes open a wide variety of drug discovery in cancer and represent highly sensitive and safe small-molecule tools for real-time exploration of the life of the receptor, ranging from semi-quantitative receptor mapping in living cells and GPCR validation expression in competitive binding assays in simple 2D and complex 3D cellular systems such as tumour spheroids. 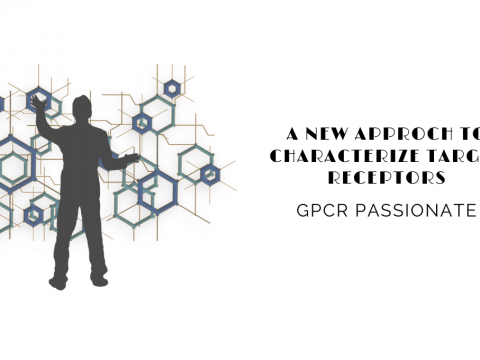 The advantages to using fluorescence vs radioactivity in receptors kinetic and binding assays. 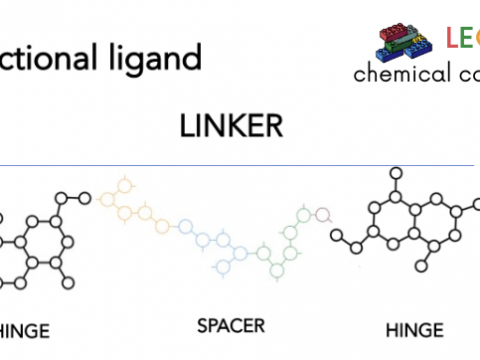 Transform your idea in to molecules 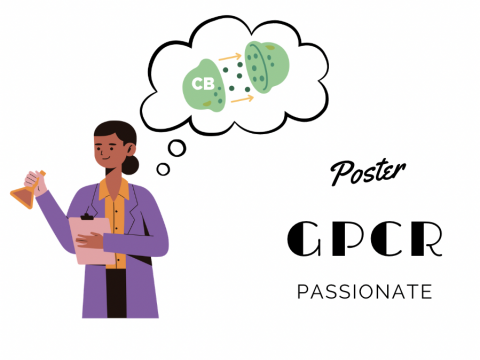 New fluorescent tools to evaluate the therapeutic potential of phytocannabinoids